Though all our timing had been off, our circumstances met.
In both our eyes, we trivialized our pasts and futures, set.

And yet the calmest sleep I slept was in your arms that night.
Through pain and fear, to have you near turned every wrong to right.

If possible to recreate that moment. Know, I would.
But truth be told, the memory's old and lost with all that's good.
Posted by Emmanuel Z. Karabetis at 10:59 PM No comments:

My ever-growing urge to move on and out of Maryland has led me to the thought of downsizing. I currently live in a home meant for four+ people. The layout will boast 2,000+ square feet, three bedrooms, 2½ bathrooms, yada... yada... yaaadaaaaaaaaa!

To paint a broader picture, I live alone with my lovely dog, Kratos. I don't need this house. It once housed four people and a dog, comfortably. So, I've been looking into tiny houses for quite some time, and what did I come across today?! THIS: 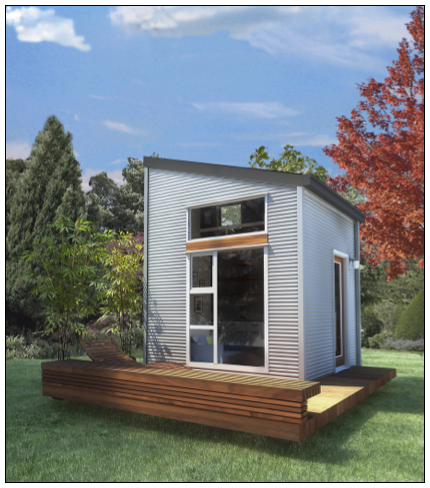 This new Indiegogo campaign has caught my eye, and holy moly am I excited! Most other tiny house companies I've seen require $50,000+ for a pre-assembled tiny house. These come fully assembled for under $30,000! I'm currently looking into it, but here's the Indiegogo Campaign. You can also visit their website here.
Posted by Emmanuel Z. Karabetis at 3:01 PM No comments:

Sometimes in our confusion, we see not the world as it is, but the world though eyes blurred by the mind.

Not too long ago, there were ideas. They would materialize into words... words that would compound into phrases... sentences. Eventually, a relevant body of thought would appear in the form of text. Now, it's all a blur of memories, short-term and long-term. They all float in the foreground and background. Imagine a picture that's out of focus, and all you can see is the bokeh of the lights, then try to picture a series of blurred out words and memories inside each light.


It seems harder now than ever to get the memories and words to come together to form something meaningful. Tonight I could see clearly enough to type out this meaningless bit. Hopefully, more will come soon.
Posted by Emmanuel Z. Karabetis at 11:18 PM No comments:

A Note to David Lane

Here is an excerpt from one of David Lane's futile rants about "waging war to restore a Christian America":

"Where are the champions of Christ to save the nation from the pagan onslaught imposing homosexual marriage, homosexual scouts, 60 million babies done to death by abortion and red ink as far as the eye can see on America? ... Who will wage war for the Soul of America and trust the living God to deliver the pagan gods into our hands and restore America to her Judeo-Christian heritage and re-establish a Christian culture?"


How I feel about this and other quotes from Lane:

America is pure, a spotless crystalline glass comprised of the purest water that comes from every reachable edge of the earth. We are diverse. To be same would be to contaminate the water. You aim to deprive America of its balance and create a dingy cesspool of hate. Your words are empty, childish... worthless. You are a parasite that cannot survive without sucking the life out of decent people who live day-to-day, pay their taxes and have well-versed families. Your mind is closed off by fear, a fear that you've created by bastardizing words taken from a book created thousands of years ago. You preach evil in the name of Jesus who, by Christian belief, spoke only of love and living together in harmony. If two people are in love, let them love, be they straight, gay, etc. etc. Do not take my words lightly. Take it from a straight Atheist who was baptized into the Greek Orthodox church and spent 11 years in Catholic school; it is obvious that you have a lot to learn, my friend.


A link to the original article.
Posted by Emmanuel Z. Karabetis at 1:13 PM No comments:

Be Yourself | Buy Yourself

Individuality is no longer distinguished by who you are or how you think. It is now treated as a commodity. The distinct characteristics that separate us from others are comprised of the clothes we wear or the cars we drive. Strip us of our belongings and what will become of us? Just a thought...
Posted by Emmanuel Z. Karabetis at 2:10 PM No comments:

This is easy for me to write, but it's very difficult for me to post publicly. One, because I don't appreciate ridicule, and two, because I have spent a good portion of my life trying to please everyone, many times at my own expense, emotionally. I don't really care anymore. Much light has been shed on hidden truths regarding people and life over the last three years that I can't pretend to be who I was in the year 2009. The fun factor is gone. It's very "black and white" as of late. Life consists mainly of putting one foot in front of the other, with some sleep in between.

And so, I am in the midst of making some major changes with the intent of rediscovering the world in a new light. There will soon be a geographical change in my life. Somewhere south with a warmer climate and new faces. It's just been shitty living here since my mother died. So, it's time to move on. Here's to a new life! Now that that has been said, let's move onto the important stuff.

Someone who shall remain unnamed posted a generic message on a social networking site about God that set me off. You know what I'm talking about? Those mini JPEG sermons that try to tell you how bad of a person you are for not sharing a message? Maybe it's because I haven't written a blog post in so long. Maybe it's because I hate people trying to push guilt on me by way of religion. Here's what it said:


"Why do we sleep though church,
but stay awake for a three-hour movie? 1
Why is it hard to pray,
but easy to cuss? 2
Why is it hard to re-post a Godly bulletin,
but easy to re-post the mean ones? 3
Why can people worship a celebrity,
but not God? 4
Gonna ignore this? 5
Afraid to get laughed at? 6
The Lord said,
'If you deny me in front of your friends,
I will deny you in front of my Father.'” 7

I broke it down into numbered sections for you guys because I am answering these questions for the public and, hopefully, for whoever the original creator of this garbage may be. Please keep in mind that this is not an insult towards your religion. It is merely a reflection of who I am and what I believe. If you have strong beliefs in God and what the truth is, you may want to refrain from reading. Here goes:


I will not waste my time or yours trying to tell you what you should believe, so please keep these things to yourself. Thank you for reading.

What's This All About?

We're all different, unique. We all live separate lives and have varying opinions from everyone in our lives, but we can't help living on the same crazy planet. I'm on here to spew out some intelligence. Join me.

Past Blogs, In Order